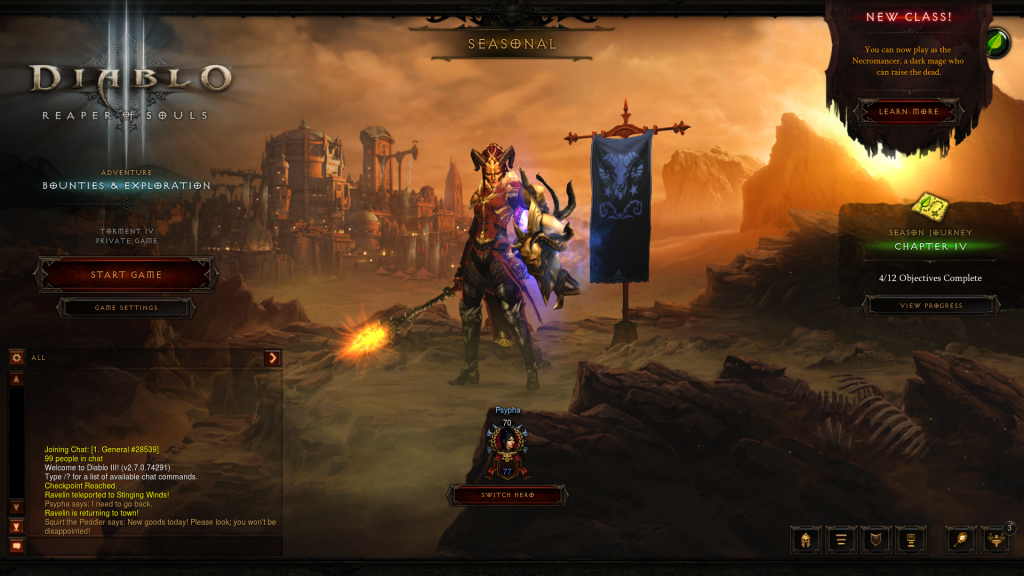 Like that special friend you have that you can go for months without saying a word, then pick back up as if no time had passed...

Something about the core gameplay is so tight and solid I just can’t stay away.  I’ll fully admit I’m a big fan of the ARPG genre. I’ve logged 300ish hours in Grim Dawn, for example.  There’s a lot I really like about that game too, but there’s just something about the responsiveness of D3’s movement and abilities that keeps me coming back – season after season.

I don’t know how many Barbarians and Sorcerer character’s I’ve made over the years – yet I still keep coming back.

I’ll admit part of the draw in this latest dalliance is the upcoming remaster of Diablo 2 – which is in my top 10 games of all time. I’m super excited by a version of that game that combines the look & feel of D3 with the depth of D2.  Don’t get me wrong, I know the Diablo 2 skill tree’s are child’s play compared to what you might find in Path of Exile, and lacks the depth of symmetry you find in Grim Dawn’s dual-class systems, but it provides just enough additional agency that it can leap the admittedly high hurdle set up by its successor. 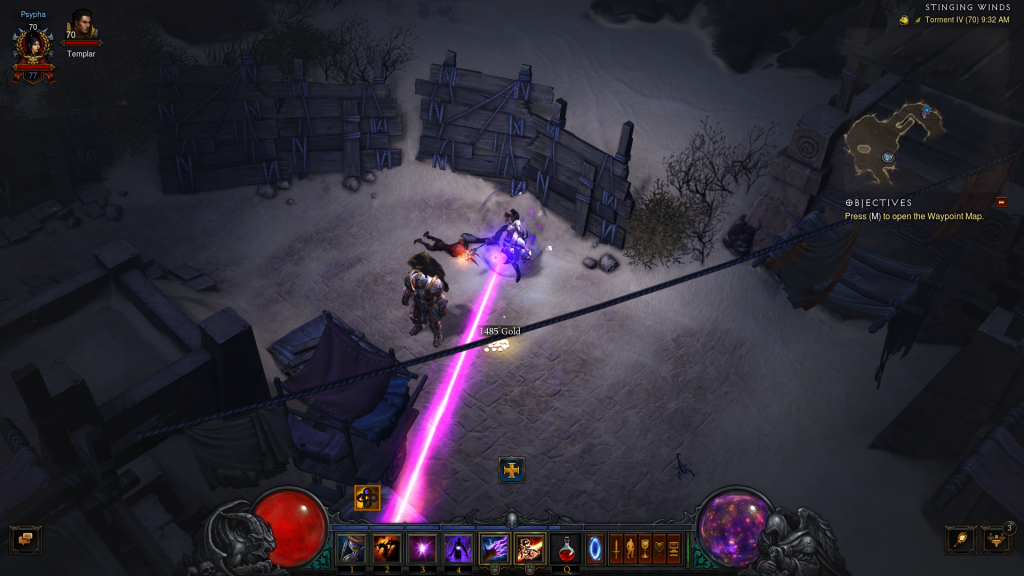 I will admit my current dip back into Diablo is not as encompassing as my last one. I’ll hit max level, for certain (I’m nearly there already) but I doubt I’ll be getting the high 3 digit paragon levels of previous runs.

I’ve got a couple of other games vying for my time right now (I’m looking at you Path of Exile that I’m restarting for the 15th time) – and the Steam Sale started which put several other games in my backlog queue for me to ignore for months and months.

Oh, and I still have this writing thing I’m trying to do…

…When I’m not melting monster faces with my destruction ray.